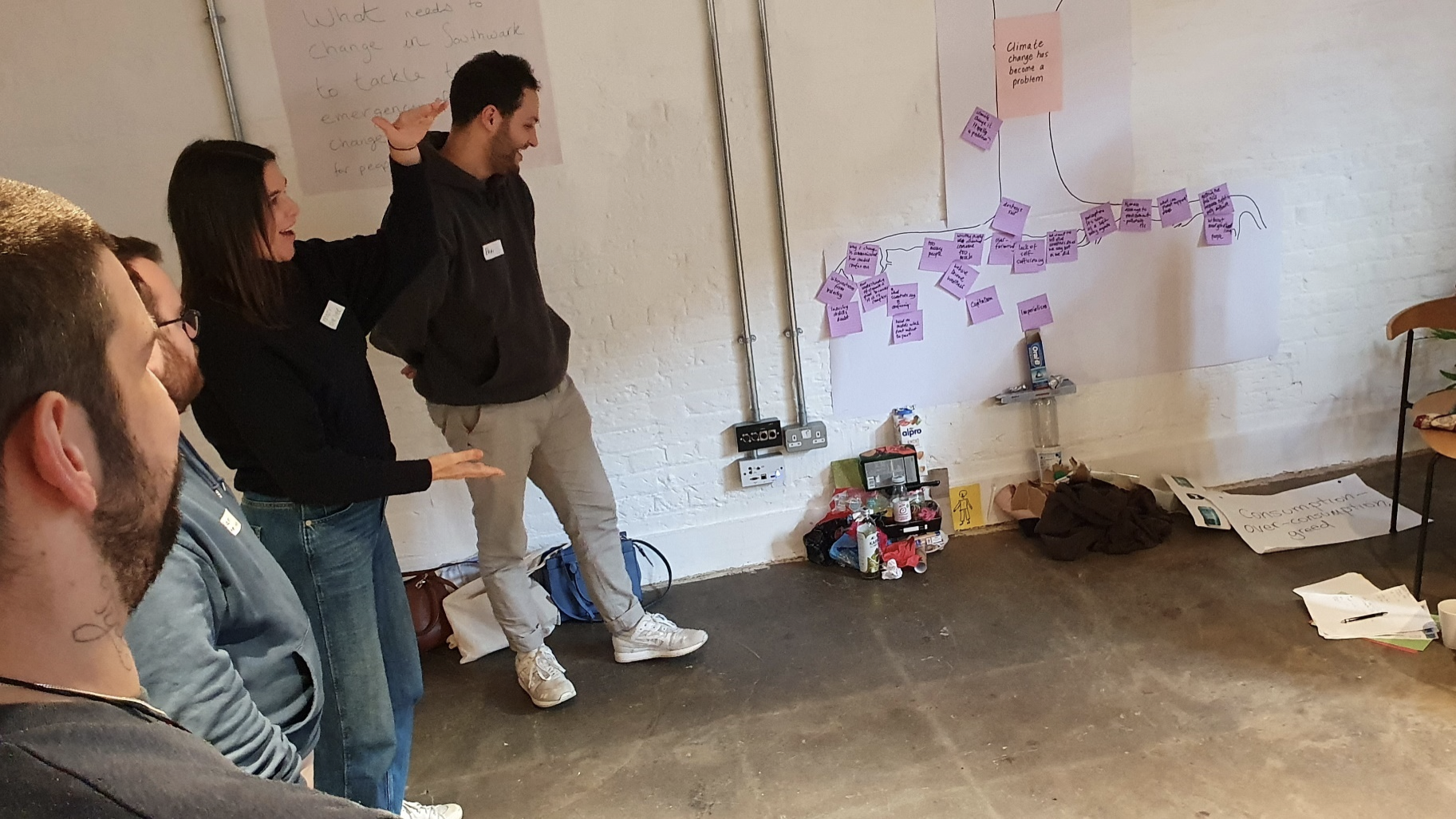 In these times of deepening democratic deficit, with trust in government at an all time low and social inequality spiralling, we believe it is more important than ever to place people at the centre of the big issues facing society today — from tackling climate breakdown, to making social housing policy, and improving health and social care.

Deliberative and participatory processes remain one of the best ways of building a democracy where everyone’s voice counts.

However, these processes can be exclusionary, prioritising certain forms of ‘rational’ communication over less formal ones.

This is tied up with the idealisation of the legal model of the citizens’ jury, where rational exchange — claims, counter claims and rational debate — are privileged over other kinds of communication like emotion, personal experience or storytelling.

But people communicate, learn and express themselves in a variety of ways. Some are more verbal than others, some more visual, some more creative.

We must recognise this and give people a range of opportunities in our processes to communicate in the way which most empowers them.

Well, as anyone who has ever sat through a community meeting would agree, democracy can be dull. It’s often dominated by the ‘usual suspects’ — the enthusiasts with the time and energy to read official documentation and engage in at-times rancorous debate.

But democracy doesn’t have to be a civic chore. It can be more appealing. “What would an appealing participation look like?” Josh Lerner writes in his book, Making Democracy Fun: How Game Design Can Empower Citizens and Transform Politics. “In a word it would be fun.”

In this three-part blog series, we’ll look back on some of the games and game-like facilitation techniques we’ve experimented with during our processes to encourage participation — beginning with the Southwark Climate Change Citizens’ Jury.

‘This is not a pipe’

At the Southwark Climate Change Citizens’ Jury, which took place between November 2021 and February 2022, we experimented by playing games to get people to think differently.

To warm everyone up we first got them to do a lateral thinking exercise. We divided the jury up into smaller groups which each received piece a paper depicting a tree trunk and roots. Each group considered the problem ‘climate change has become an emergency’, written on the trunk of the tree, and considered the problem’s root causes.

This process helped build a shared sense of understanding and encouraged jury members to think of the challenge systemically.

The groups were then asked to create a sculpture out of recyclable materials, write a poem, or create a drawing to show the particular aspect or dynamic of climate change as they saw and felt it. Each group then explained the thoughts behind their creation to the full group and this prompted further discussion.

Jury members were asked to choose or mime an object and propose a different use for it, inspired by the artist Magritte’s painting ‘This is not a pipe’. The group was asked to shout out what they thought the object had become.

The exercise was light-hearted but the debrief got more serious because it showed people can see things differently, and re-imagine familiar objects or situations. The group then applied this to climate change, saying that re-framing the issue would help with adapting and responding to it.

Small groups then re-visited their earlier creations and were asked to change them to depict a vision of what they wanted to see in the future — a representation of what needed to shift and how they would like the problem they had been considering to change.

These games got jury members thinking differently, a key prerequisite for reframing familiar issues to find new solutions. This, we believe, was clear proof that games enrich deliberation to produce credible solutions, designed by and working for communities, to the biggest challenges society faces.