Young people should be involved in climate policy making 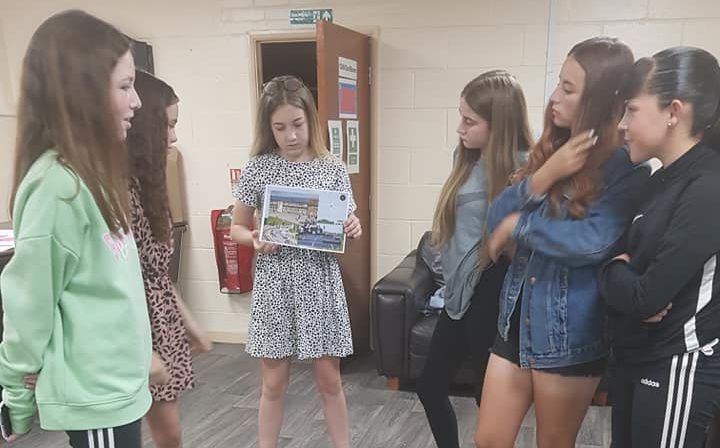 Greta Thunberg began her campaign of school strikes aged 15. But in the UK she would need to wait another three years to be deemed mature enough to cast her vote.

First, there’s the moral argument, as the generations with the most to gain or lose from responses to the climate emergency they must be at the table.

At the same time, they are least to blame for the present situation and the most vulnerable to its effects. With 75% of young people believing the ‘future is frightening’, their voices must be heard.

But representative democracy does not seem to serve our young people well. Research from the IPPR think tank this year shows that young adults in the UK are least likely to say democracy serves their interests well of all age groups.

How do we involve young people in climate policy making?

Our own work over the past few years has focussed on local level climate change deliberations in the form of citizens’ juries and assemblies. Our experience shows that the meaningful involvement of young people is possible but challenging.

Although skilled facilitation is invaluable it is still the case that young people’s voices may be marginalised. Adults may dominate, young people may feel that different ways of communicating are not valued and that their own experiences and thoughts are less important. The design of a jury may also favour certain ways of being.

In previous processes we have over recruited young people so their voice is stronger and harder to ignore, but we wanted to do more. With a small amount of funding secured through Cumbria Action for Sustainability, last year we designed a series of opportunities for young people alongside our Copeland Climate Change People’s Panel in West Cumbria. We wanted to build safe spaces, that were inclusive, stimulating and fun, so we worked with local youth workers, who have already built the relationships of trust with local young people (unlike us), to design the sessions.

The result was a bespoke workshop manual and resource box that enabled youth workers to lead the equivalent of four sessions with their existing youth groups at times that suited them and their groups through a series of flexible bite sized activities and options.

Youth group members, initially unaware that the project was about climate change, took part in a series of relaxed practical activities:

Group members then sorted and tried to match photographs representing local sources of emissions with statistics cards. The information used for this activity were drawn from the People’s Panel session on local emissions as well as those issues that members of the Panel had spoken about in their first few sessions.

A total of 62 young people between the ages of 11 and 19 participated in the sessions at seven different youth clubs and their conclusions are recorded in a full report which was presented to the People’s Panel. The comments and thoughts from the youth groups had a clear impact on the Panel, as shown in the words of the Panel’s final statement:

“We have been inspired by the work of young people in youth groups across Copeland and our recommendations echo what many of them have said.”

The panel went on to recommend (Recommendation 2) that ‘Copeland needs a robust plan that responds directly to our recommendations. Progress on the implementation of the plan should be independently verifiable through regular scheduled meetings of the People’s Panel plus members of the young people’s consultation conducted during this process’

Work like this is by no means unique. The Scottish Climate Assembly drew on the work of 100 children from some 100 schools in its deliberations and also last year a Climate Assembly in Estonia brought together forty 16-29 year olds to answer the question ‘How do we ensure that the transition to a climate friendly future is fair for young people?’ Later this year, 100 young people randomly selected from high schools across Western Australia will meet for a youth led Citizens Assembly on Climate Change. The Assembly will consider young people’s submissions (essays, videos, art works, pictures), as well as the results of four mini publics from other parts of Western Australia.

Participatory Budgeting (PB) also holds great potential for young people’s involvement as explored in our work with other partners as part of the Youth PB Accelerator project, for example Green PB in schools in Lisbon.

But there are many other examples of youth participation in decision making. Invited spaces such as youth boards, forums, councils and parliaments are widespread as well as spaces claimed by young people themselves for example Fridays for Future.

It’s a reality that if you are able to vote politicians are much more likely to take your views into account. Until young people are meaningfully involved in our democratic processes, it’s likely they’ll remain unheard.