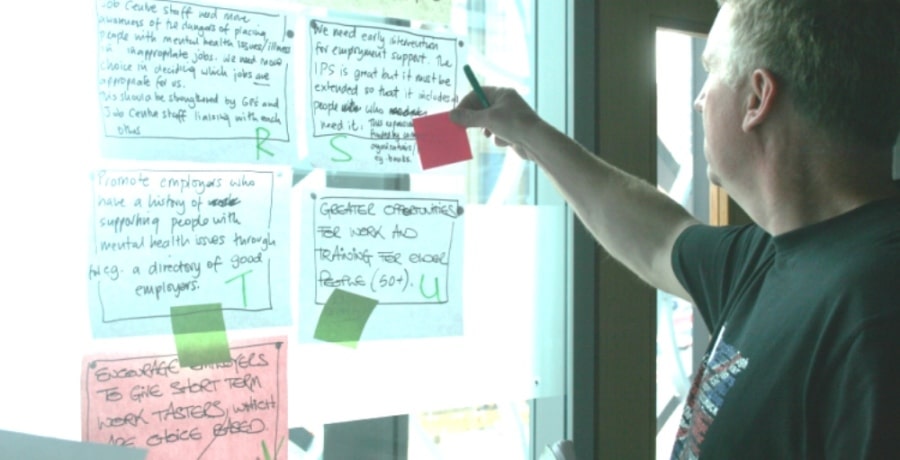 On the 31st January 2017 the West Midlands Mental Health Commission Action Plan was launched by Norman Lamb MP. Central to the production of the action plan was the Citizen Inquiry, organised by Shared Future CIC.

Thrive West Midlands sets out a series of ambitious actions and pledges the commission has produced with the aim of changing lives in the region. The plan is a priority project for the combined authority and is the result of months of work by the WMCA Mental Health Commission, together with a Citizens Jury of people with personal experience of mental ill health.

WMCA also commissioned research into poor mental health and its impact on the public sector – notably by the Health Services Management Centre at the University of Birmingham, in partnership with the Centre for Mental Health.

Chair Norman Lamb MP told the audience at Edgbaston Stadium, Birmingham that he was proud of the West Midlands for leading the way in this work which had made it part of a global network.

“Instead we have come up with concrete actions that people have signed up to and I think it is brilliant that the West Midlands has taken the enlightened decision to do this. I want this to be the start of a journey for the West Midlands. The moral and the economic case for acting is unanswerable and the work we plan to develop would be internationally significant.

“The West Midlands will be part of a global network of leading cities and city regions which are doing major projects on mental health – this will be something this region can be very proud of.”

The audience also heard from Steve Gilbert, a lived experience consultant to the commission.

He said: “People with mental illness in our region have been let down and I applaud the commission for inviting someone with my experience of mental illness onto the panel.

“I am so proud of the West Midlands for rising to this challenge.”

The West Midlands Mental Health Commission Citizens Jury, a panel of people with personal experience of mental health issues, has helped to shape plans for future care provision in a new partnership approach. They will continue to work as a group, now known as The West Midlands Cooperative, to make sure the actions are implemented.

Or read our reports of the citizen inquiry and open space events below: