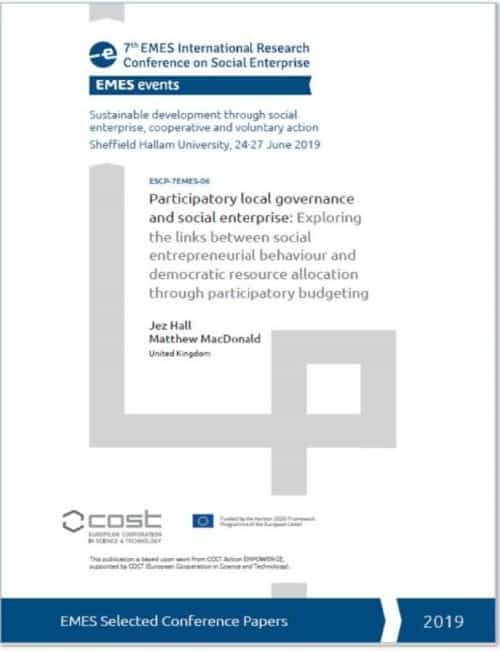 Participatory Budgeting (PB) is an innovation in participatory democracy. One inspired by social and political movements for citizen participation in Brazil in the 1980s. That aimed to tackle democratic deficits and target public funds at the most marginalised communities.

It has since evolved, with over 3000 reported experiences globally by 2007 and PB is still expanding rapidly in Europe and the USA. The 2019 PB Global Atlas lists over 11,000 experiences.

With that shift it can be argued that PB has moved away from primarily promoting equity and re-distribution of resources towards a focus on public participation in public service delivery, with the legitimacy that brings for government. But what if there were other factors at play?

Might PB also strengthen communities and build agency among citizens?

In this new research paper, produced for the 2019 conference of the EMES – International Research Network and chosen as one of the conference selected papers, SFCIC directors Jez Hall and Dr Matt MacDonald considered the extent to which PB can and does support the development of a local social economy. In particular the development of social enterprises and cooperatives.

There are clear indications that neighbourhood based Participatory Budgeting does stimulate civic action, build new social capital and develop agency within participating individuals, particularly in the unique form of Participatory Grant Making most common in the UK.