Don’t despair, another way is possible. 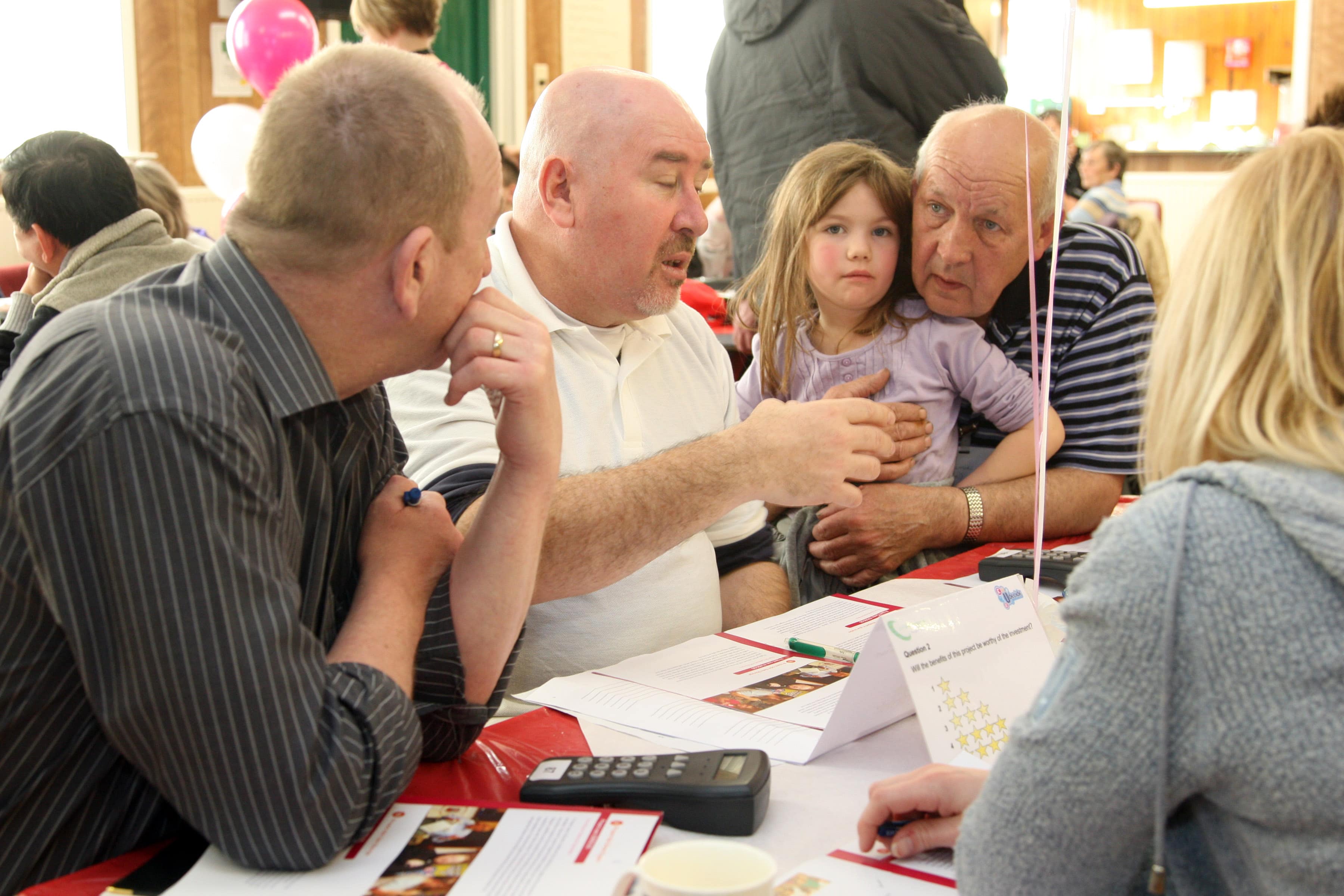 Can we ever create a world where people of all sorts can debate, decide and act together.
Jez Hall and Nick Beddow share their thoughts.

In the political panic that has followed the referendum on leaving the EU there has been a lot of agonising.  A lot of recrimination.  An awful lot of bad politics, and back stabbing.  Plotting that would have Machiavelli rubbing his hands in glee.  We prefer to listen, reflect, and then try to get on with doing something positive.  That is why we’re pleased to be part of Shared Future.

First look at the challenges.  In a recent article on the Open Democracy website Slovenian philosopher and commentator Slavoj Zizek laments the state of the left, correctly sees that national referendums are impractical for resolving transnational challenges, and then immediately promotes a profoundly cynical view of “the appearance of a free decision, discretely guided”.

This seems profoundly anti-democratic to us.  Whilst we might sympathise with the articles closing line of a “longed-for deliverance from the weight of history, to a realm beyond the burden of ideology” that can’t mean yet more manipulation, surely? There are no benign dictators out there, or discerning elites that have the disinterested wit to solve the wicked, contested problems of society.

The wisdom of the crowd cannot operate in a manipulated process. The politics of fear serves only to reduce people’s responses to the level of gut reaction and reinforces prejudice. Leading on to the irrational clamour for strong leadership in place of shared action and mutual respect.  What Zizek argues for is a parody of democracy, with a hidden father figure forever guiding a childlike population.  When will we ever grow up and take our place as responsible, informed citizens in such a world?

With all the hurt, fear and concern this divisive yes/no vote has caused, with only winners or losers possible, maybe both sides — but particularly the winners — should start to paint a picture of the positive, strong and caring world they seek to build.  We might find the things we have in common means more than what seems to divide us.  But only if we can first work out how to deliberate better about difficult choices and moral outcomes.

As social inequality grows, and racism rears its ugly head in the wake of a manipulated and artificial referendum (where the choice was yet again a one dimensional yes or no in a messy 3D world) calling out hidden elites seem to have been the primary motivation for ‘Leavers’.  Even respectable newspapers, like the Guardian, use tax havens to reduce their tax burden.  Quite legally of course, but maybe with a whiff of the hypocritical about it.  Well, nobody is perfect.  Let’s give credit where it’s due.

The Guardian has taken a look at some alternatives to self serving manipulation.  Of a more deliberative, process driven and open ended form of politics.  A world of citizen led inquiries, of participatory budgeting and grass roots community development, which seeks to builds social bonds, not shatter them.

In its report Graham Smith, politics professor at the University of Westminster, bemoans the British referendum’s lack of an informed, thoughtful debate; “That’s a very poor environment to make one of the possibly most important decisions of our generation.”  Patrick Chalmers, the author of the Guardian’s analysis responds “Far better a ballot preceded by a trusted process of fact gathering and deliberation, done by a neutral group delivering its verdict in plain English for voters to consider”.

Being part of Shared Future at least brings us reasons to be cheerful.  Our small scale democracy work does break through social barriers and forges relationships and shared meaning.  There is no ‘ordinary people’ that Zizek patronises – there is isolation and powerlessness facing us all, experienced most damagingly by excluded and oppressed people.  While we sometimes struggle to feel at ease within the limits of what seems possible, at least our participatory processes puts power into people’s hands and hearts, widens the circle of activism a bit more, and takes us beyond our own selfish interest.

In our small sphere, we still do have to work out how to make these small gains stick and cohere, how to help people cross boundaries of class, race, gender, sexuality, culture, ethnicity, or physical and mental health.  We work hard with people to light little fires, beacons for hope, for community, and understanding.

It is not the single interaction, a one-off like the referendum. We want it to be a long-term, consistent process of un-manipulated collective thinking and action, with communities and policy makers continuing to work together.  Then the little fires of co-operation can grow bigger, not become extinguished by neglect when other issues take centre stage. Otherwise, the dispersal of the participants after a taste of empowerment merely fuels cynicism and reinstates isolation and division.

That is why we also focus on the ‘what now’ too.  On means to create ethical business, community led design and collective problem solving.  Social enterprises that put people and planet before mere short term profit.  Shared Future tries to be ‘just what it says on our tin’.  A place where people of all sorts debate, decide and act together.