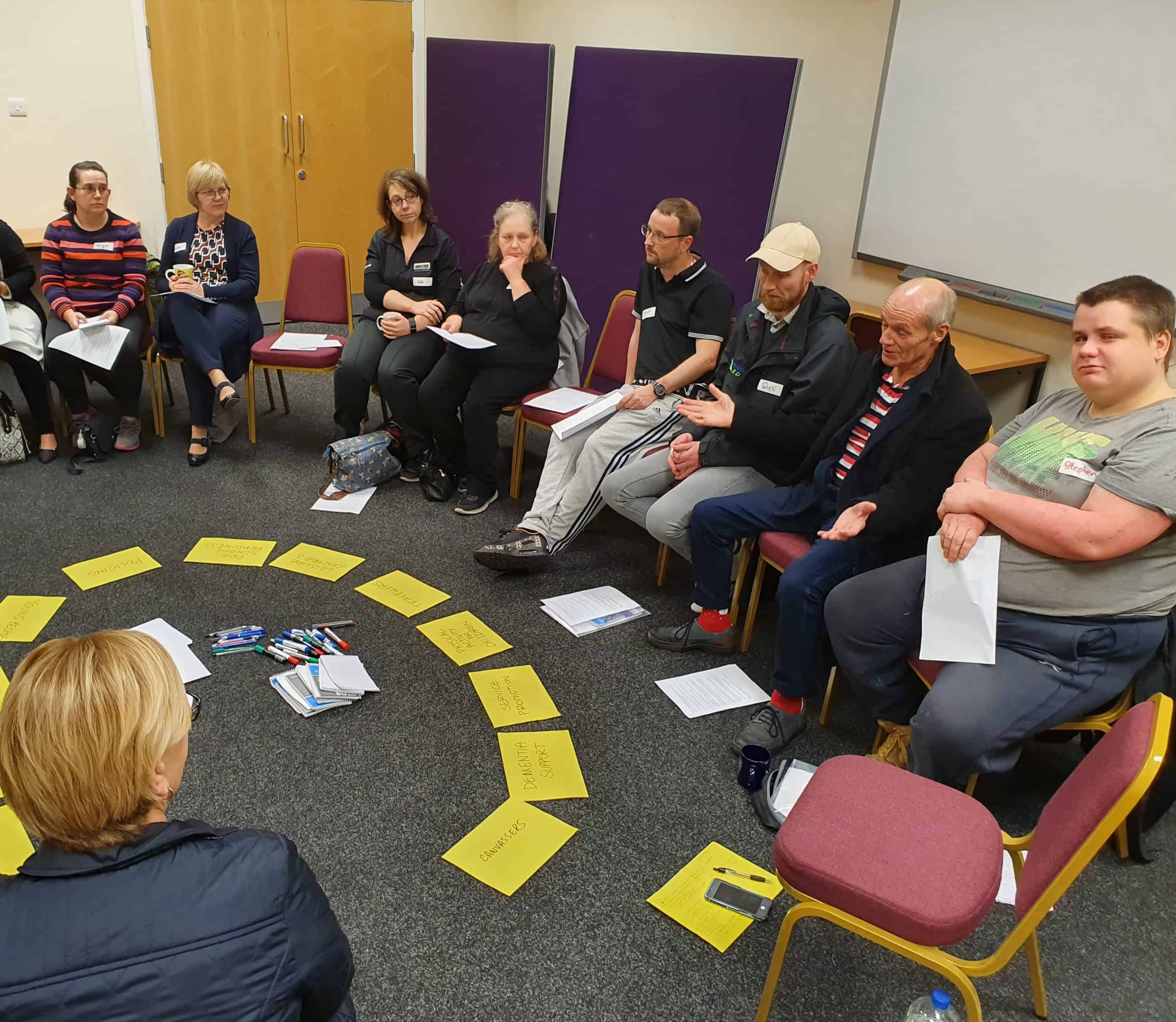 Between September and November 2019, members of four Citizens Inquiries, held in Dudley Borough, shared their experiences and opinions in a highly participatory process.

Their work was informed by expert commentators,  supplemented by community research conducted in their neighbourhoods by 18 Inquiry members.

Over fifty residents from four areas took part in seven sessions of deliberation, to produce a set of recommendations to answer the question:

“For people living in Dudley Borough, what can we all do together to help people be healthy”

After the Inquiry sessions, the residents attended a launch event in December 2019 to share the groups’ recommendations with invited local stakeholders and develop action plans based on the communities’ priorities.

This report explains how the Citizens Inquiries were organised and outlines the residents’ recommendations.

After session four, the Inquiry sessions took a one week break to enable eighteen of the participants to set up a Community Explorers group.

These workshops examined the roots of the Community Explorers approach, through which residents act as ‘researchers’ in their own neighbourhoods to gather views from local people.

We want to thank the members of the four Citizens Inquiries, who placed their trust in the process and in us as facilitators.

And to the Commissioners and Oversight Group at Dudley MBC who supported the project, and the Commentators who helped the residents dig deeper into the “causes of the causes”

The recommendations produced by the members of the Citizens Inquiry are reproduced in the report in their own words. The report was written by Nick Beddow and Peter Bryant of Shared Future.

Download the report of the Dudley Health Action Inquiries