We have brought together our work on climate change on this page. That includes especially our work using deliberative processes, such as citizens' juries.

‘What should Leeds do about the emergency of climate change?’ This was the question that 25 randomly selected residents from across the Leeds city region agreed to thrash out over nine sessions between September and November 2019. Their bold recommendations make fascinating reading; taking back control of the local bus services into public ownership, the halting of local airport expansion, retrofitting of housing through local social enterprises and more. 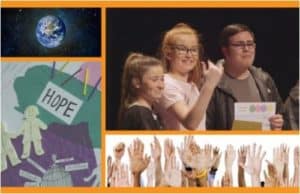 There is overwhelming evidence that we are in a climate emergency. Government can seem paralysed in the face of this complex issue. This report outlines some possible ways to make some progress, based on our experience and knowledge of participatory approaches, which put citizens into the driving seat of decision-making whilst improving transparency and governance at a local authority level. 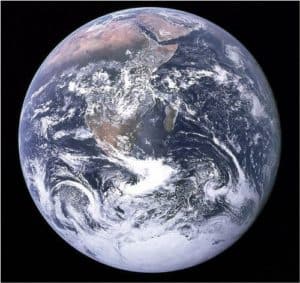 “The natural world is being destroyed and it is a moral imperative to preserve and reconstitute as much of it as possible as soon as possible.” In this blog Jez Hall discusses how re-framing the debate on climate change is about how we build a fairer, greener, and political ‘shared future’. One where dialogue, social action and a people powered democracy is our new normal. 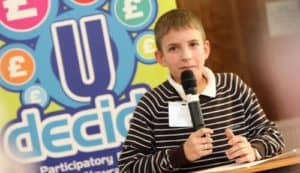 PB Partners are delivering a series of free events across the UK in response to the Climate Change emergency. Participatory Budgeting is an effective way for local authorities, and other statutory bodies to respond to this existential threat, and mobilise and enable communities take action themselves.

Over recent months, as climate change has been propelled into the political mainstream, there has been an upsurge in interest in the role of deliberative processes such as Citizens’ Assemblies and Citizens’ Juries, too. An Assembly is a key demand of Extinction Rebellion, for example. Will politicians act or just nod? In this blog Pete Bryant and Rebecca Willis consider how getting the conditions right makes action more likely.

Participatory Budgeting(PB) enables people to make their community better, starting with issues that concern us all.  The biggest concern we face as a society is climate change. In this new blog Shared Future CIC’s Alan Budge connects PB and climate change.

Citizens Assemblies have gone mainstream, no longer are they the preserve of democracy geeks. The potential of ‘mini publics‘ in bringing together a diverse group of citizens to deliberate, reach consensus and deliver a mandate for action to their local and national politicians is fascinating. Especially, when we consider the complex nature of so many problems that our elected officials must grapple with, from Brexit to artificial intelligence to climate change. Peter Bryant tells us more in his new blog. 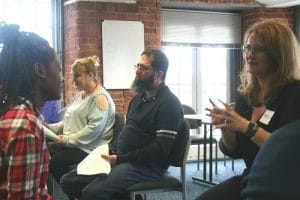 Fracking is a hugely important issue for politicians grappling with the energy challenges we are faced with now and in the future. However, the debate is dominated by industry representatives, politicians and campaigners, with citizens often left watching from the sidelines. This report is of a citizen led inquiry and the conclusions of a group of citizens who looked at Fracking with fresh eyes and an open mind. 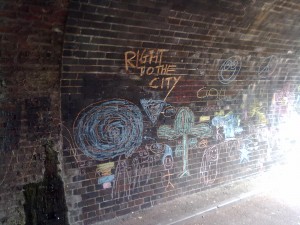 Protecting the Right to the City in the UK: a brief introduction to Community Land Trusts, as part of work leading up to the the UN-HABITAT World Urban Forum 7