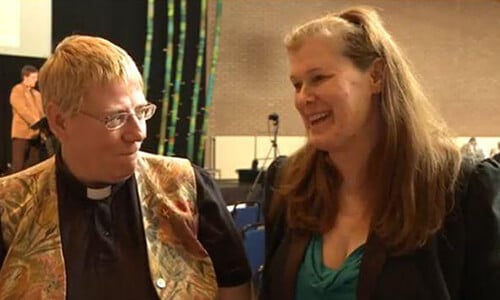 Alan Budge had been working with the Diocese earlier in the year, supporting them in a unique PB experiment – one that used parishioners’ donations to provide support into their own community, with parishioners also making the decisions on where the money went.

Steph Clarke wrote a blog post based on her involvement with the Diocese of Lichfield’s PB programme. These are some excerpts:

Today I went with Kate Goodall over to Stafford to the Diocese of Lichfield Participatory Budgeting Day. I had no idea what that even meant when I got in the car this morning, but over the duration of just a few hours not only am I fully sold on the idea, I’m already trying to think of ways that the model can be used locally.

Today’s event was to allocate funding from the Diocese of Lichfield. Money that was collected across the area during the Lent appeal. 50% of the money raised was already earmarked for the Siyafundisa project in Matlosane, South Africa, but the remaining sum was available for neighbourhoods across the diocese to bid for. There was £20,000 up for grabs. 26 projects applied and they were invited to attend today’s event to pitch for the money.

The Diocese produced a short film describing the event: