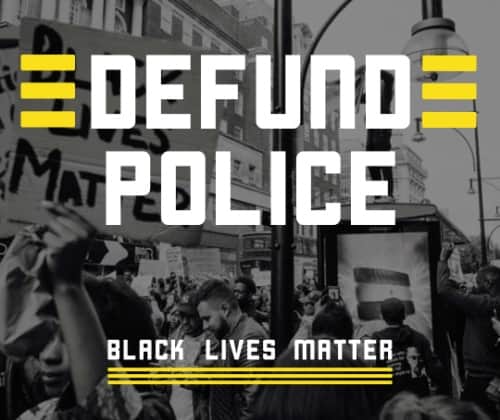 There are two viruses affecting our world. The Covid19 pandemic and racism.

One natural, one man-made. Both affecting some more than others. People centred approaches are at the heart of building back better.

Public bodies can support and enable resilient communities and tackle social injustice by putting public money at the disposal of citizens; to better serve their needs, and to rebuild trust in our government and between people.

In our new blog Jez Hall digs a bit deeper.

There is a virus that has infected our society for too long. Racism, in individuals, and in our wider democracy.

We have seen the shocking video of how George Floyd met a cruel and untimely death, at the hands of the police in the USA. The very same public service that should have been supporting people has shown it too is infected with the virus of racism. The response from within the #blacklivesmatter movement… we demand more participatory budgeting.

Across the USA communities, energised by #blacklivesmatter, have been organising to demand that upwardly spiralling police funding should be tempered and replaced by a system of prevention and community cohesion – the things that matter to citizens.

Kendrick Sampson, one of the LA activists involved in calls for a People’s Budget, after describing how police shot him several times with non-lethal rounds as he was leaving a #blacklivesmatter protest on May 30, said:

“We need healing and we need to invest in healing.”

Whilst, as a result of the public campaigns led by #blacklivesmatter, the funding increase for the LA police will probably not now go ahead, nor quite yet will the LA People’s Budget be implemented. Political leaders can take time to adjust to new realities and to new ideas.

Though exciting news today shows the Portland City Council voted on a budget that includes reallocating $1 million from Portland Police to a participatory budgeting by and for homeless Portlanders. As Bloomberg’s CityLab reports, the People’s Budget movement is catching a new public mood across the USA for more citizen control over public budgets to tackle the virus of systemic racism.

On the 17th June 2020, Fiona Garven of the Scottish Community Development Centre published a brilliant opinion piece about why now is the time to expand participatory budgeting for Covid19 recovery. Her thoughts, which I encourage you to read, provoked my blog.

Following natural disasters it helps if we look back at globally developed best practice for ‘build back better’. The Covid pandemic really is one of those disasters. Though written in this case about rebuilding homes, you could put any words in there. Education, welfare, or even policing…

“people-centred housing recovery should be characterised by housing design and form that meet people’s needs; genuine participation of empowered residents in decision-making and construction; and holistic policies accountable to all residents…

professionals like planners and building designers can play important roles as observers and facilitators of long-term change in the community following disasters. However…

attempting to build back better through community-led approaches can leave donors and aid recipients caught in a “sad romance” as donor practices and local conditions are sometimes not compatible with community-led approaches.”
(Source: “Build back better” approach to disaster recovery: Research trends since 2006, by Glenn Fernandez and Iftekhar Ahmed)

Moving from ‘command and control’ to ‘facilitate and support’

As the immediate Covid crisis eases, if build back better is to succeed the requirement on local authorities is to switch from ‘command and control’ to ‘facilitate and support’. But are they up to the challenge?

One of the key lessons of build back better, as a global approach to resilience, is that there may be various stages any traumatic event forces us to go through. External agencies (government, police, health services, NGO’s etc) need to go in early and support the most vulnerable.

But then must switch quickly to becoming enablers. Who help people to help themselves, based on a deep lived local experience, to ‘build new’ and ‘build better’. Otherwise we all risk being unprepared for the next shock.

Those that have already developed a culture of being enablers, of ‘doing with, not to’ through engagement like participatory budgeting, are well placed to make that switch. I’m inspired by initiatives in the USA, such as Youth Lead the Change in Boston, where young people are given real money to decide on projects that matter to them. $1m a year, every year, for many years.

Communities have proved they are up to the job, can be inclusive, be resilient. In Scotland at least people do feel participatory budgeting has helped them be ready and willing when that need arose. For #blacklivesmatter, its a future still to be built.

My take away from these two stories?

If we are to all build back better, then now is the time to do more participatory budgeting (PB), not less.

PB’s been tried, tested and proven to bring about a positive change and redistribute public money to where it’s needed.

Defund the Police image from the official #blacklivesmatter website