Home » Featured » Beyond the framework: the co-benefits of deliberation

Beyond the framework: the co-benefits of deliberation 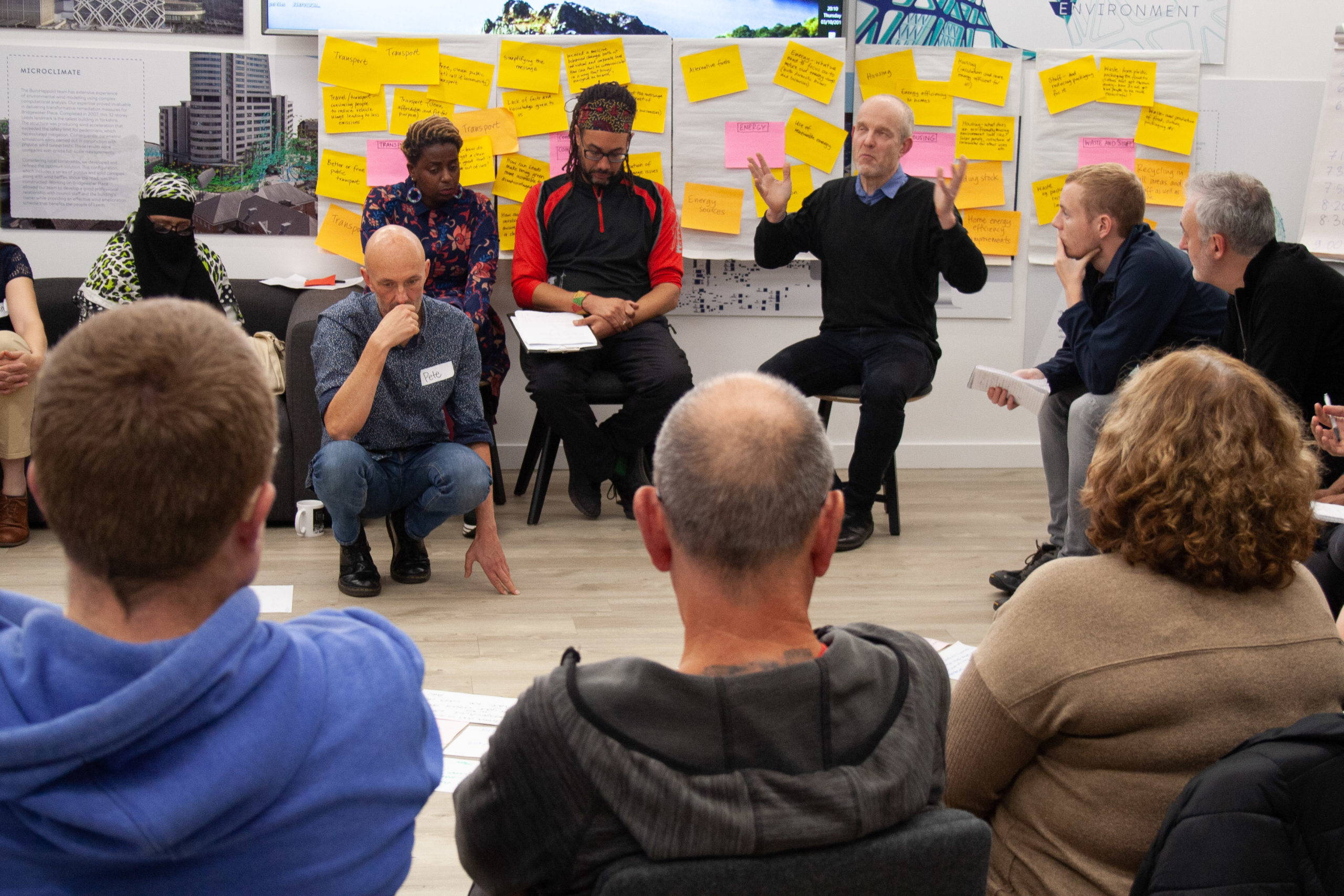 Local authorities wanting to achieve meaningful carbon reduction, are increasingly turning towards public engagement. Shared Future is part of this, having delivered a wide range of citizens’ assemblies, juries and panels on the topic of climate change. We are now partners in a new initiative, Local Climate Engagement, which pushes forward best practice in public engagement about climate change.

But public engagement on climate policy isn’t easy to do well, and the challenge of the climate emergency is truly massive. Scary even. So it is sometimes refreshing to find thoughtful evaluations of our work by independent academics. They can challenge us to go further, and remind us of the reasons we are passionate about the potential of a well structured public deliberation.

We were therefore pleased to see a paper examining the Leeds Climate Change Citizens Jury, which we facilitated before the pandemic. It’s a dense read, but buried within it are some interesting conclusions. In one section of their report, from which we took the title of this blog, the authors say:

Climate change is creating a social justice crisis alongside an environmental disaster.

We don’t need to count falling bird numbers, or measure earlier spring flowering of plants, to know that change is afoot. The massive cost of living crisis now gripping the UK, particularly the wholesale gas price explosion that has led to crippling bills pushed millions into fuel poverty, show us that climate change has the potential to do immediate and deep harm to our democracy, our economy, our communities and to individuals. Those most deeply at risk from climate change are ironically those who cause the least harm.

As we face an uncertain future, climate anxiety can freeze us like ‘rabbits in the headlights’, stopping us from making the necessary changes. Hence the importance of some of the co-benefits listed above. Whether it is in trust building, feelings of inclusion, hope, or local pride, these are precisely the emotions that can turn fear into action.

The clock is ticking. Arguably it’s already too late to avoid damaging climate change. At best we can mitigate the worst impacts. But to do that, we need to act now and pull together. And our politicians need our mandate to act on our behalf. Those mandates might come from deep deliberation or from citizen action. And probably require both. If we leave it to others, we simply can’t expect to be ok.

Climate change is not just an issue. It’s fundamental to every economic, political, and social decision we take. Something we need to talk about it. As two of the citizens involved in the Leeds Climate Citizens Jury said about their own experience and learning:

“Everybody just needs to talk together about the issue.”

“It’s the individual’s actions that matters, not just changing stuff in their own lives, but making sure they pressure councillors, local politicians, even local businesses to actually look at climate change as a serious issue. That will entail adopting some of our recommendations.”

From talking together we build alliances, gain a sense of common purpose, and become energised to take the journey ahead.