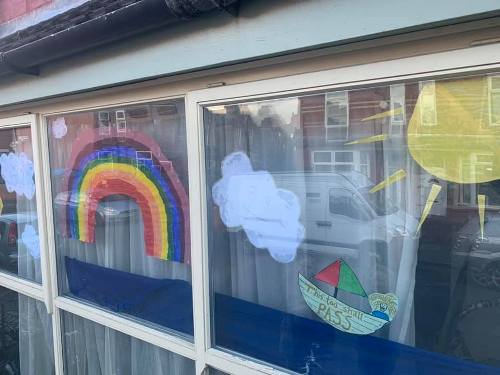 In this Annual Review of 2020, we recount our work in what was an extraordinary year.

Shared Future CIC is a leader in the field of deliberative democracy and public participation. Our deliberative processes, using techniques such as citizens’ juries, provide people powered responses to the biggest problems we face. Local residents and service users come together to discuss, hear evidence and make informed proposals on often highly contested issues of public policy.

During 2020, we focussed much of our work on climate change, and we are currently supporting a number of Local Authorities in implementing Climate Emergency inquiries.

2020 ended in a way that none of us could have expected when it began. Covid-19 had a massive impact on everyone. Despite the pain it has brought to many we are proud to have kept our work going, not least for the effect it has had on the lives of citizens. One of our responses to Covid19 was publishing a blog with top tips for mutual aid groups.

We couldn’t have done all the work we have without the many inspiring local residents who got involved, or the many committed partners and collaborators with whom we connected. Together, we really are stronger.

In February and March, we convened the Lancaster District People’s Jury on Climate Change. This saw 30 local residents examine the response of the local authority to the climate emergency up to that point, and to produce recommendations that the council and a range of other organisations across the district would use to guide their future work.

The jury published its recommendations in December which Lancaster City Council then launched publicly later that month. It called on councils to “take action now”, and its recommendations included educating young people about climate change, the council framing all of its work in the context of the climate emergency and taking steps to reduce household waste.

The first session consisted of a knowledge exchange workshop, with invited participants from Scotland based PB programmes, to explore in greater depth the unique features of their work. The second, an online ‘Open Space’, considered how the Covid-19 pandemic affects democratic participation and youth empowerment. The third workshop explored Legislative Theatre, a creative way to develop a more deliberative democracy.

What should Kendal do about climate change? That was the challenge tackled by a diverse group of local residents of Kendal during the summer and autumn of 2020. Commissioned by Kendal Town Council and facilitated by Shared Future, we believe the Kendal Climate Change Jury was unique in being both the first fully online Climate Change Jury in the UK and also by the way it mobilised citizens through a crowdfunding campaign. The support of many committed volunteers and supporting organisations has hugely contributed to its success.

The next step for Kendal’s Citizens Jury is a Recommendations Panel where organisations will be invited twice a year to share progress and best practice and develop partnership approaches to climate challenges.

Read the recommendations of the Kendal Climate Jury, and also watch the many presentations given on their webpages.

In October, journalist Stephanie Grimm spoke with Jez Hall, along with Louise O’Kane of Community Places, on behalf of the Buergerhaushalt website on the past present and future for Participatory Budgeting in the UK.

“If a young person is sent to prison in the UK following a misdemeanour or offence, it costs the government between £70,000 and £80,000 p.a. – about the same amount as it would cost to educate that young person over a period of 10 years. Participatory budgeting can open up opportunities to ensure that this does not happen.”

This compelling example from Jez shows not only how important participatory budgeting is for younger generations, but also how difficult it can be for such civic participation processes to challenge long-existing structures.

We are currently partnering with Warwick District Council to facilitate a ‘People’s Inquiry’ into climate change.

We have run eight sessions, covering topics ranging from the science behind climate change and practical options for making a difference locally, to home energy and reducing the impact of industry, business and transport.

The Inquiry is now putting together its recommendations for Warwick District Council, which it will publish in February 2021.

The North of Tyne Citizens Assembly on Climate Change

In October, Shared Future won a bid to run the North of Tyne Combined Authority’s Citizens Assembly on Climate Change. We sent out 10,000 letters to residents in Newcastle, North Tyneside and Northumberland.

Of those who responded, 50 people who accurately represent the diversity of the region are being chosen to sit on the panel, which has been set up by the North of Tyne Combined Authority (NTCA) to help come up with radical actions to slash the area’s carbon footprint.

We finished recruiting our pool in January 2021. The Assembly will meet for the first time in late February.

Watch the youtube clip describing the process from the information page on the North of Tyne Citizens Assembly on Climate Change.

Finally, during 2020 we have contributed towards new thinking on public participation. This has included our report on climate-related deliberation for the Place Based Climate Action Network, by producing a range of blogs and think-pieces on topics such as Community Organising for Mutual Aid, or on using participatory budgeting to build back better. The latter was our contribution to a collaborative project convened by Involve on a democratic response to Covid19.

Throughout 2020 we continued to network widely with organisations such as the Democracy R&D network and the newly formed global People Powered Hub. We spent a lot of time attending conferences and hosting learning events and webinars. All designed to help drive forward democratic change and empower local people to take action on the things that matter to them.